Roof Repair vs Replacement: Which is Better? 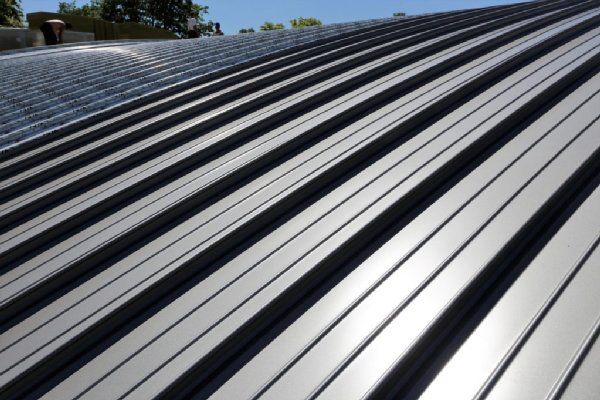 Whether you own or you lease, what happens to your building impacts your business. If you notice a leak inside your business or your commercial flat or low sloped roof looks a little worse for wear, then it might be time to replace or repair it.

Which do you do? Repairing a roof costs much less than replacement, but are you getting your money’s worth? Is spending a few thousand on a roof repair worth it if you end up replacing it a few years later?

When you’re running a business, money is always tight. You want to always get the most bang for your buck.

We’ll explain when you’re better off replacing a roof rather than repairing it.

What’s the Extent of the Damage?

The damage not only to the roof, but the supports under it and even into your business can be extensive if given enough time. Once the damage reaches beyond the roof and enters the supports, rotting them and causing leaks inside your business, you’ll need a roof replacement.

If the damage is confined to a small patch outside on top of the roof or you caught the damage internally early, then you’ll be able with repairing that portion of the roof. If not, roofing contractors need to not only get to the roof but also the supports underneath.

If you try to repair the roof while leaving the internal damage, then you could end up with falling ceiling tiles or even a collapsed roof if the supports are rotted. You’ll end up needing your roof replaced anyway along with much more.

You’ve probably heard that residential roofs should be replaced every 10-15 years, but your roof isn’t a residential roof. It can last decades, so relative age isn’t an issue as much as the overall condition and how much punishment it takes through the year.

Commercial flat roofs especially take abuse after years of heavy rain and snowfall. They can develop leaks and external damage that require repair. If you plan on being in the business for many years, then replacement might be your best option.

Which is worse for you, paying now or paying later? If you have the money now and business is good, then splurge on replacing the roof. You’ll get many good years out of it and may not have to do anything with again.

If your time in the building is short-term, then repairing it could be the best option. The cost would be less and the overall roof replacement cost could fall on the next person that owns or rents it.

You’re also taking a gamble as there is nothing that says other areas of the roof won’t degrade and require repair in the near future.

How Will Roof Replacement Impact Your Business?

A roof repair can take considerably less time than roof replacement. There may even be downtime required while the contractors fix the roof. Can you afford it? Will your business suffer if there is a temporary closure or extensive construction work?

If the issues happen during your busy season such as specific holidays, you might choose a repair over a replacement. It may be a temporary fix, but it will let you get through the busy season and you can determine if further roof work is needed later.

A professional roofer can give you a better idea on the extent of the work needed and if it can wait until after your busy season. If it’s minor, then perhaps all repair work can wait until the store has some downtime. Major work should be done as soon as possible to eliminate the chances of further damage.

Cost is a Major Factor

There can be a considerable difference in the cost of a repair versus a roof replacement. If you’re not flush with money for the replacement and it isn’t a dire emergency, then the cheaper option can get you through for a while.

If it is a dire need, then you may not have a choice. If the damage is extensive and there is the possibility of collapse or further damage to the ceiling or supports. You can see about financing or if the landlord will pay for some of the work.

If there are multiple tenants in the building, then the cost could be shared between you. Odds are if your section has water leakage or damage, they also have issues.

Your best option would be to have a professional roofer come and do an estimate on the roof. Ask them for both a repair and a replacement estimate. If the repair is extensive and the cost is near that of the replacement, then you might save money by choosing the replacement option.

Roof damage can also increase your energy bills. If the roof allows in water, then it’s not protecting you from Mother Nature. It can lead to heat loss in the winter and your utility bills can surge as the furnace tries to keep up with it.

There’s also the aesthetic aspect of roof damage. Your business needs to look good for customers. They come in and don’t want to see water stains on the ceiling or pails on the floor collecting dripping rainwater.

It brings down the reputation of your business and that has a direct link to overall sales.

Do What’s Best for Your Situation

The decision to go after a roof repair or replacement is a big one. Choose the option that makes the best sense financially and for your situation.

If you’ve got one foot out the door, then spending thousands on roof replacement doesn’t make sense. Long term businesses that plan on spending at least a decade or two there might want to invest in a new roof.

If you want to learn about the roofing options available to you, then please explore our site.